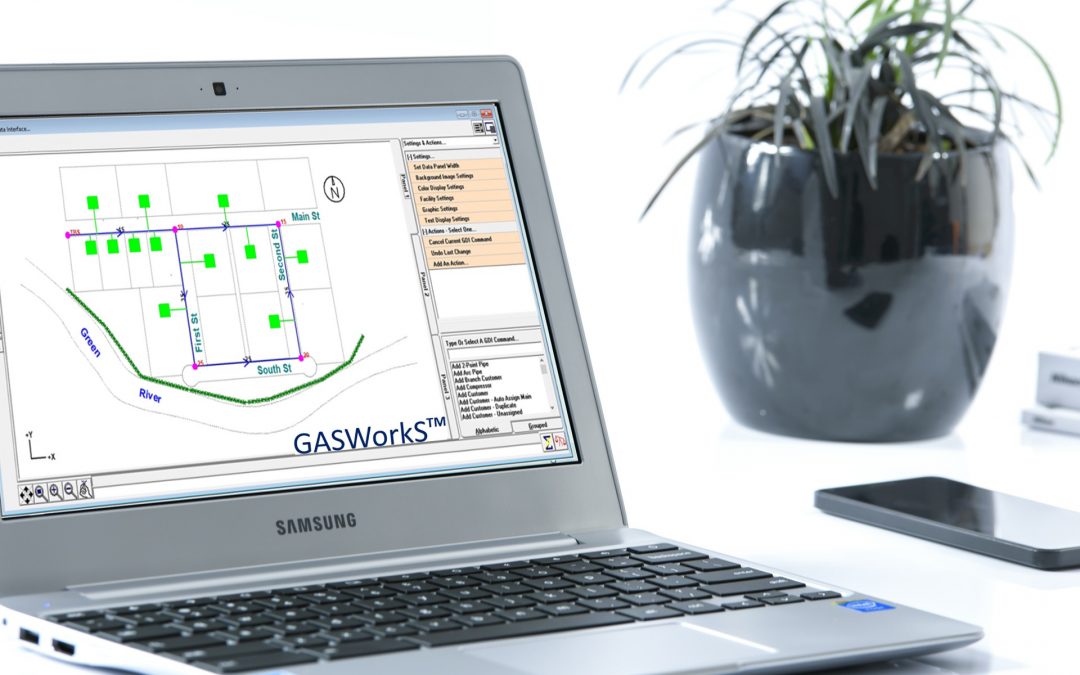 Currently the use of domiciliary and industrial gas is intensifying, the demographic growth and the industrial advances where a better product is demanded at less time and low cost makes the use of this fuel is so important, but at the same time it is vital that its use be taking into account safety standards and based on a previous planning that allows optimizing costs, benefiting ever more population.

The basis for any gas distribution system is certaninly a good design and simulation of the gasification system software, which together with planning is the basis of success for the expansion in consumption.

GASWorkS has been avilable for the Natural Gas industry since 1992.

The latest versión GASWorkS 10.0 presents a sofisticated graphic data interface, a quick solution routne, and provides support to several elements of different models, including support for individual user characteristics. It also it provides a wide set of tools designed to assist the user in analyzing and designing distribution systems, transportation, collection, fuel and piping systems in plants that conduct Natural Gas or other compressible fluids.

GASWorkS is useful to create models of stable flow systems that not only contain the elements of standard pipe type, but also are compatible with elements such as regulators, compressors, valves, wells and different accessories GASWorkS calculates the estimated valve coefficient for the regulators and the power and fuel requirements for the compressors This way GASWorkS generates the best value in simulation and design in the Gas industry.